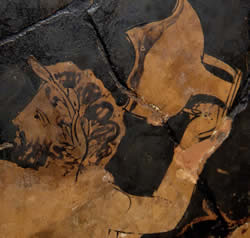 Following the path of the international associations Société Française d’Étude de la Céramique Antique or Rei Cretariae Romanae Fautores, a group of researchers and scholars of ancient pottery from the Iberian Peninsula in 2009 created the Sociedad de Estudios de la cerámica antigua en Hispania. Ex officina hispana (SECAH). One of the main aims of this Association is to promote and foster the study of ancient pottery in the area of Hispania in all its aspects, including its links with ancient pottery of other many areas of the ancient world. The activity of the Association until 2013 has been intense. SECAH has built a highly up-to-date website with a major thematic library online, organized various conferences, scientific meetings, training courses and seminars and also published monographs and periodicals. Roman and Late Roman pottery has been the main subject of these activities. Therefore, it was considered interesting to establish collaboration between Iberia Graeca Centre and SECAH to promote and disseminate the research on Greek pottery in the Iberian Peninsula. The collaboration will result in a greater presence of this investigation in the different forms of scientific dissemination of the SECAH. This is also going to involve the organization of congresses, seminars, courses and conferences on Greek pottery in Spain and Portugal and it will significantly increase its research and divulgation.